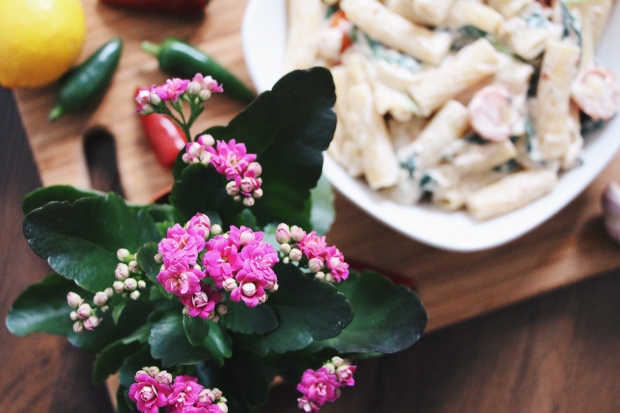 It’s Meat Free Week from the 23 – 29 March, which means all vegetarians and vegans out there like myself are making full use of this time to encourage meat eaters to eat less of it, really enjoy fresh produce, get cooking and trying alternatives to meat and poultry. This year’s campaign is also supported by various charities including Beating Bowl Cancer and World Land Trust. It’s a great way to raise awareness about animals and the environment, as well as highlighting the many health benefits of cutting out/down on meat in general. And let’s face it, our bodies always need a good detox once in a while – myself included.

After giving up red meat a year ago, I slowly made the full transition and I’ve been veggie for around three months now and I have to say, it’s been fantastic. I’ve never had so much energy and I generally feel brighter, lighter and happier. I’m also saving money, now that’s no bad thing! Eating a vegetarian or vegan diet is a lot more fun and rewarding than you may anticipate if you just put some time and effort into it. It’s not for everyone though, and I’m well aware many people simply won’t give up meat and poultry out of choice, but one week for a worthy cause like this is a challenge I think everyone should get involved with!

This vegetarian recipe is so simple, and has only a handful of ingredients that together are classic flavours. I use elicoidali pasta – a ridged tube shape pasta – for this dish which is one of my favourites because it looks a little more special than regular penne or spaghetti. It also has a larger surface area so really holds the sauce and all the flavours quite well.

I hope you enjoy it; it takes almost no time at all to make and will keep in the fridge for a day or two. Use as much garlic as you like – I recommend two cloves here but you can amp up the intensity for a stronger flavour.

Step one: Boil the pasta for 10 minutes in enough water to cover on a medium heat, with a pinch of salt and tablespoon of oil.

Step two: While the pasta cooks, chop the onion and tomatoes. Fry the onion in a deep nonstick saucepan with some oil for two minutes. Crush and add the garlic cloves, half a chopped chilli, seasoning and mixed herbs.

Step three: Add the cream cheese and stir in well with a wooden spoon. Add the tomatoes and spinach then turn off the heat. You want the veggies to remain fresh with some bite so the remaining heat will warm them through and wilt the spinach.

Step four: Finally, drain the cooked pasta and add to the saucepan with a small amount of cooking water. Mix well and serve hot. 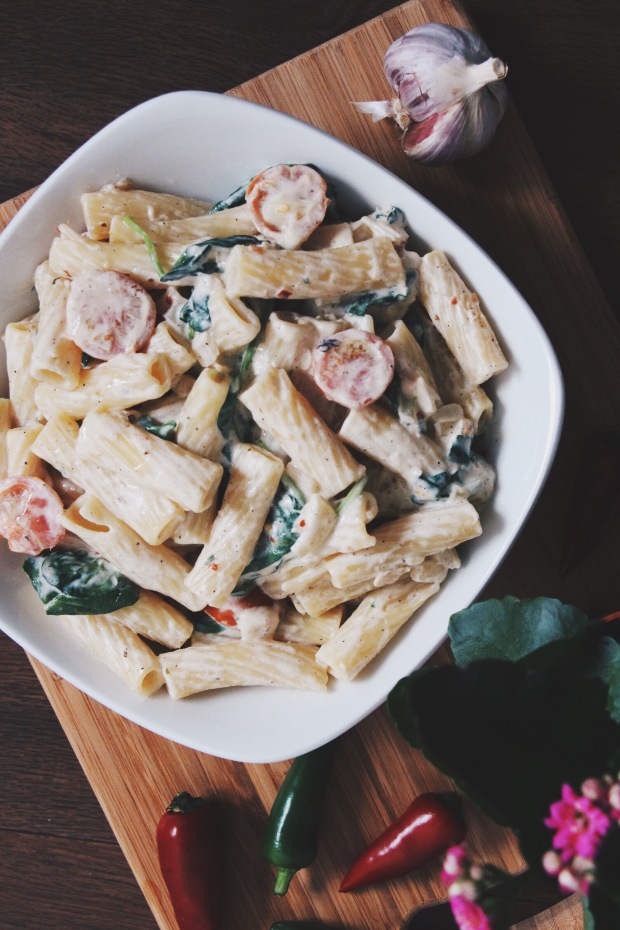 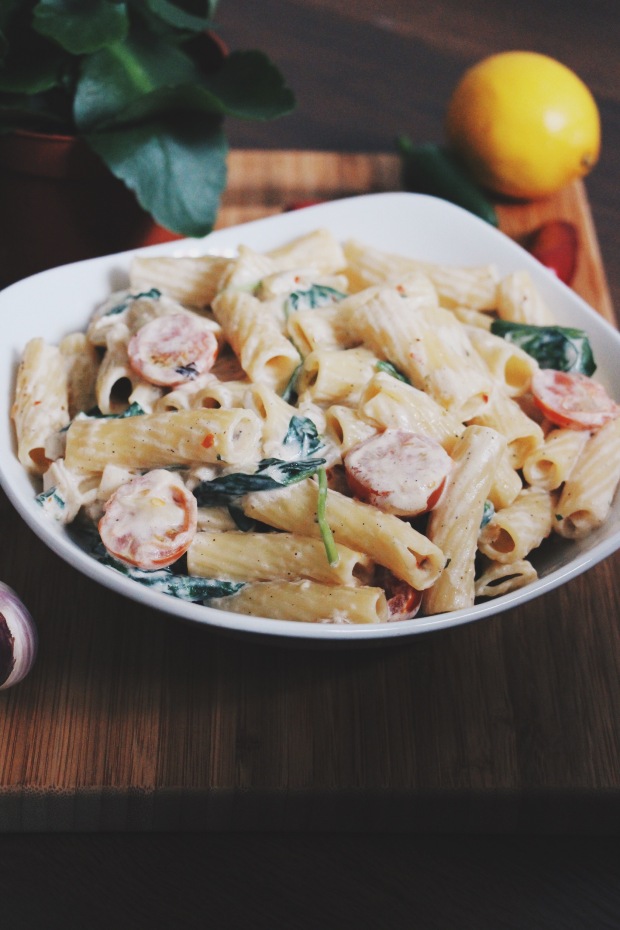 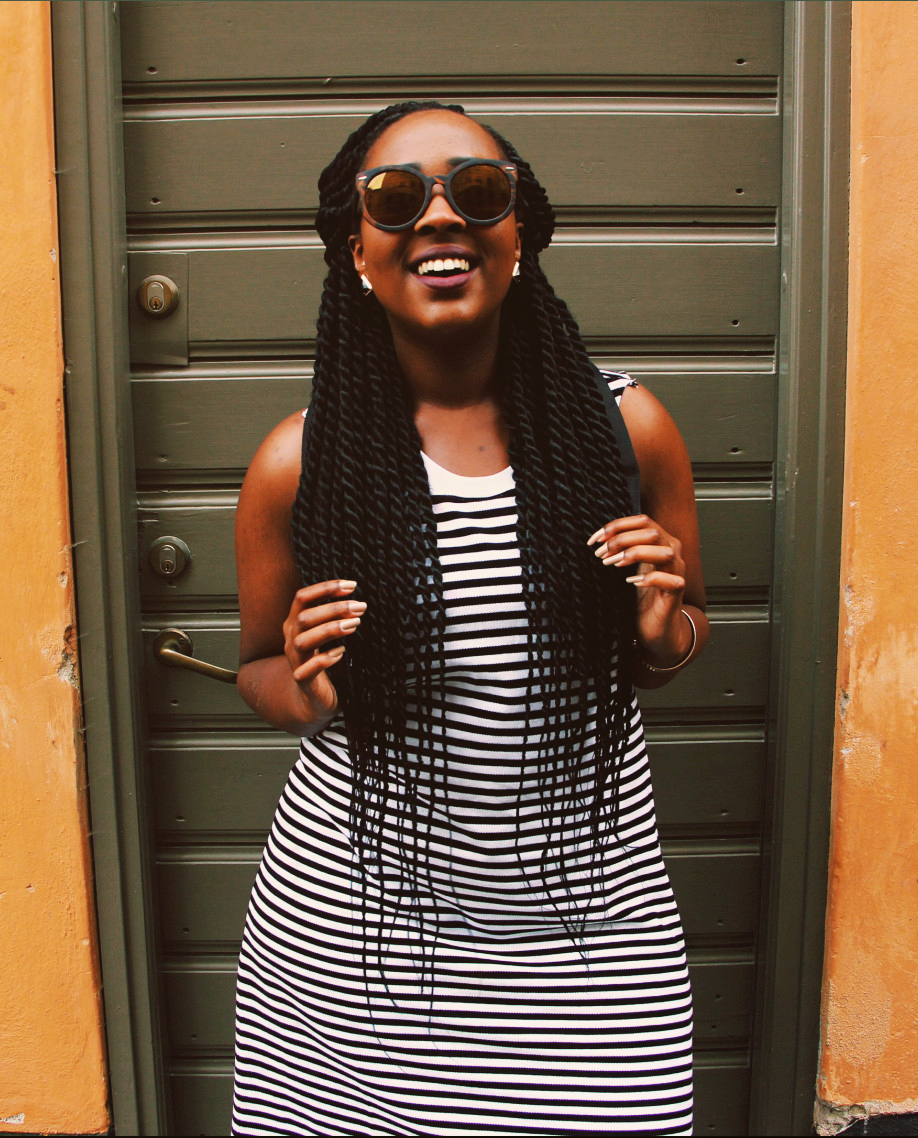 Drop me an email >>> info.notwithoutcake@gmail.com 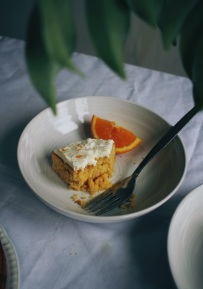 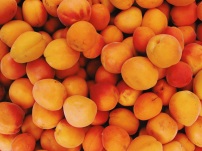 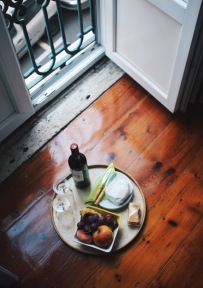 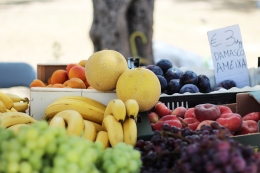 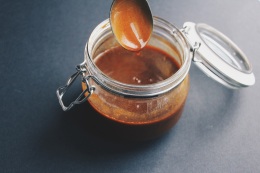 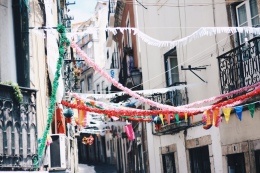 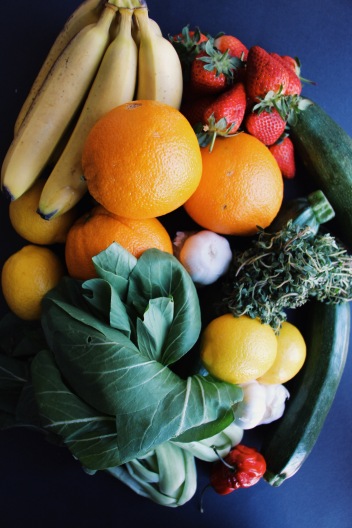 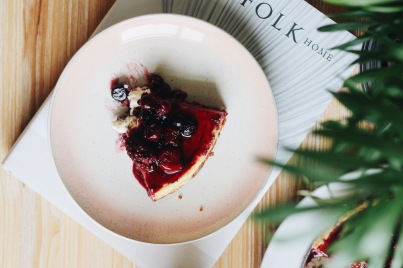 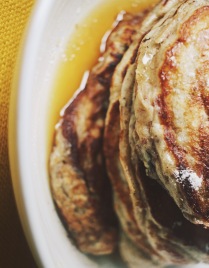 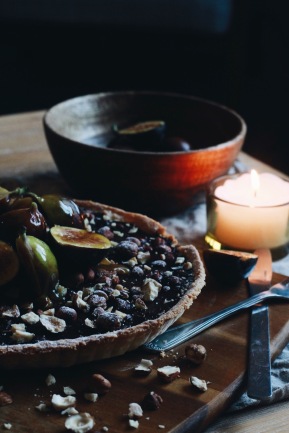 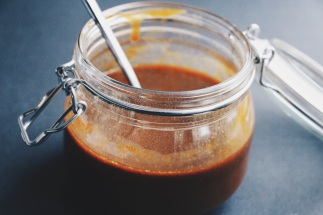 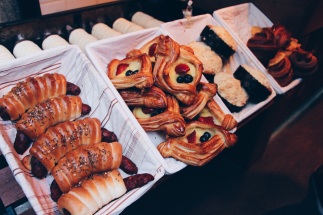 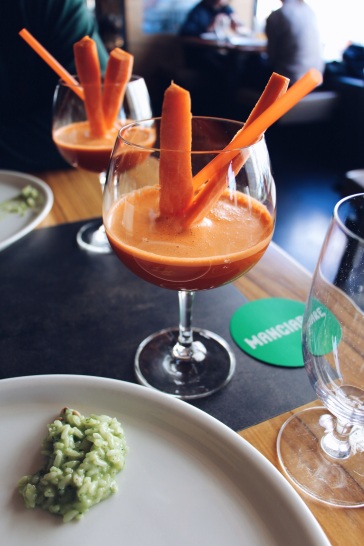 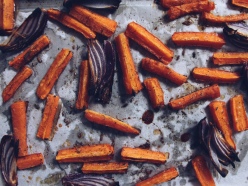 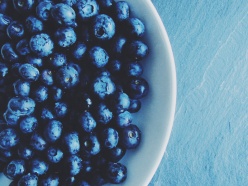 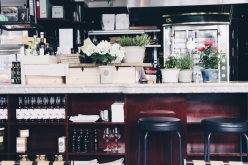 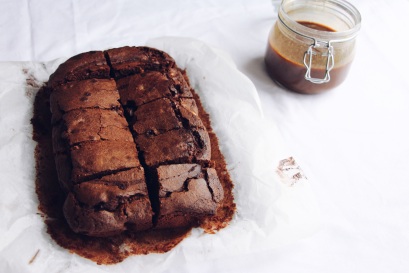 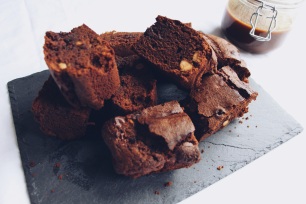 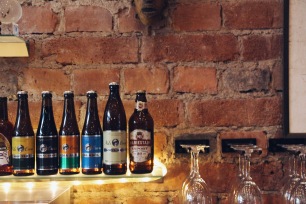 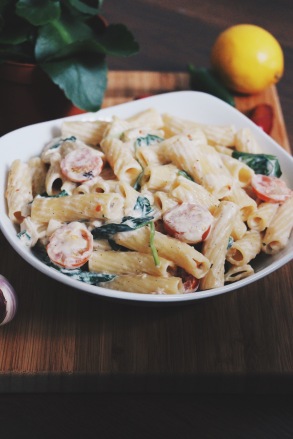 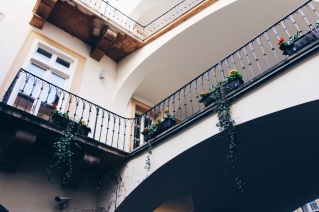 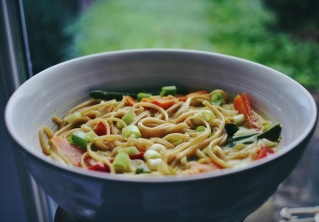 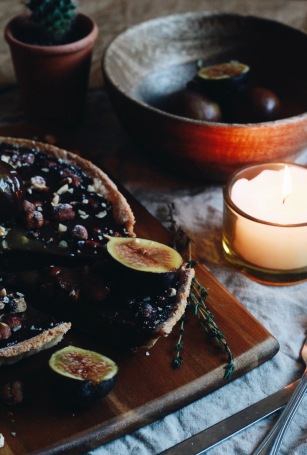 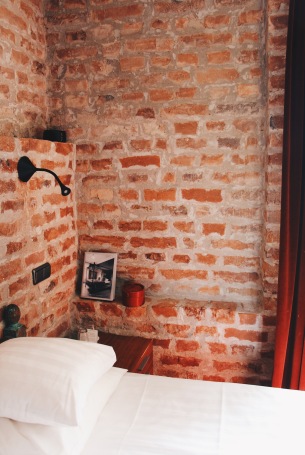